The island of Kythira represents a fascinating destination with beautiful scenery and attractions which without any doubt,will fascinate visitors.  Hereby we recommend some of the you should visit attractions : 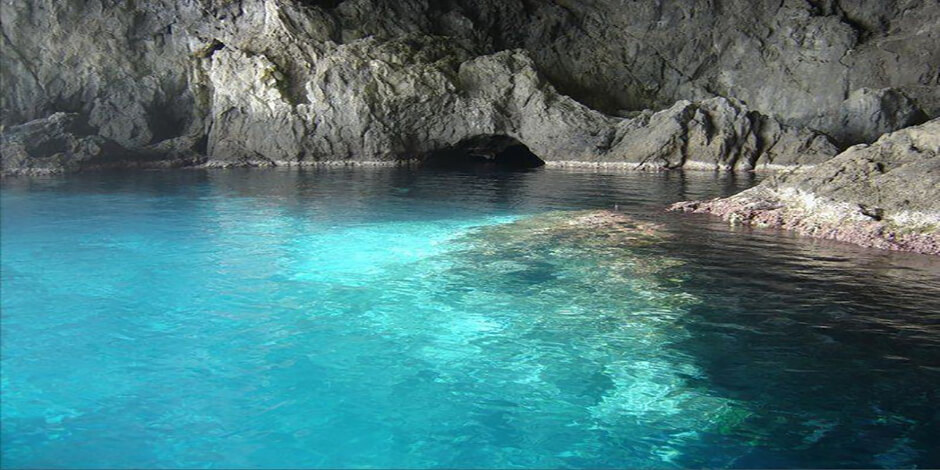 The Chytra or “egg”, as the locals call it, is located across the port of Kapsali. If you decide to visit (with a boat only) you will see the magnificent cave with its crystal clear waters that enchant the visitor. In this area there is also a shelter for seals. It is also worth mentioning that it in this rough terrain of Chytra blooms SempreViva , the local flower of Kithira which is  gathered from June by experienced inhabitants of the island. If you don’t have your own boat, you can visit the Chytra by Captain Spiro and his boat Alexander. 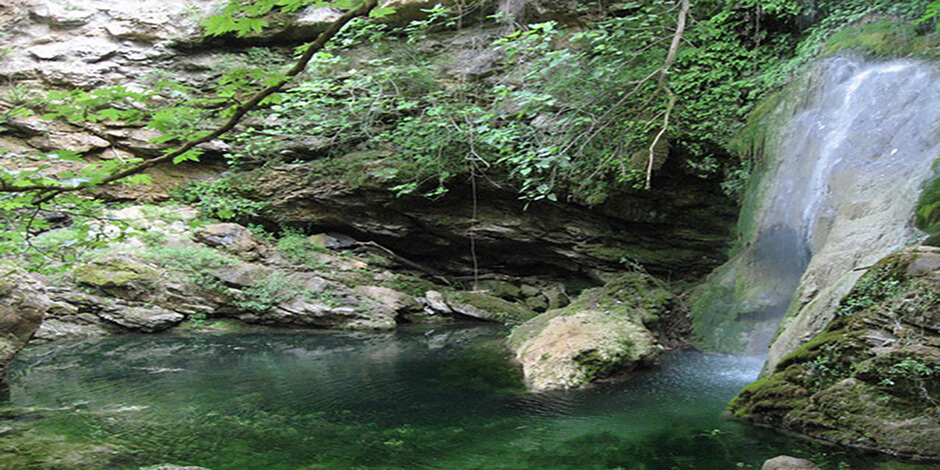 The 22 Mills are found by going down the ravine of Mylopotamos and further down from the famous Waterfall Fonissa. It is a unique path among trees and rocks (in some places you have to be extremely careful), with the water flowing freely and with scenery that without doubt will leave you breathless. 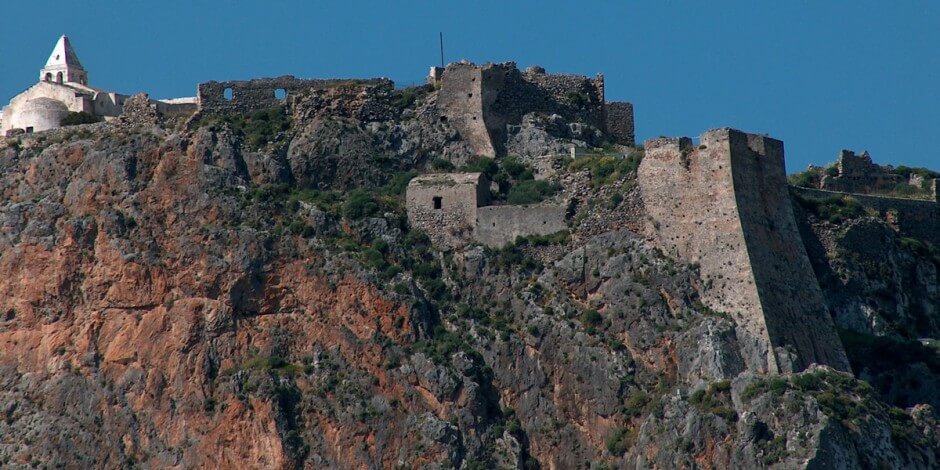 One of the most significant attractions you should not miss. Built in the 13th century by the Venieri family. Renovated in 1503 by the Venetians. It comprises of the main Fort and a side area with a second fortification that surrounds the settlement in Bourgo. In the castle there is the Church of the Panagia Mirtidiotisa, Virgin Mary Orphan, of the Almighty, and Saint John. In the castle there is still the historical archive of Kythira, which is  housed in the Palace of foreseeable the old headquarters, and residences of nobles. In the settlement of Bourgo there are 14 churches. At the rocks of the Castle, SempreViva the yellow flower grows for centuries now. The view from the castle is unique. 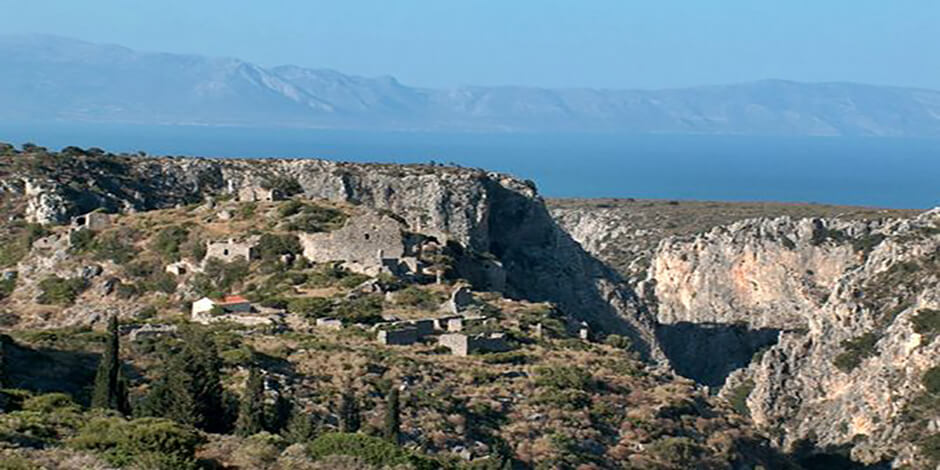 This is the Byzantine capital of the island that was built in the 13th century. Agios Dimitrios, as it was called, was a safe stronghold built in the ravine of Kakia Lagada and accessed only from the southwest side. The houses were built next to each other and the tradition says that there were 70 churches in the village. Nowadays only 21 churches remain. The Gorge of Kakia Langada slopps on the North Coast, East of Agia Pelagia. The State of St. Demetrius seemed out of nowhere, and constituted a safe stronghold to protect the inhabitants from pirate raids. In 1537 the pirate Hayreddin Barbarossa, who was a Turkish Janissary destroyed the State of Agios Dimitrios, massacring the population, while it took several of the inhabitants and sold them on the slave. If you decide to visit paleochora you should be equipped with proper equipment as there are several dangerous spots. But it is a unique experience. Some locals contend that the legends come to life at night and cries and cries of residents massacred heard through the Gorge! Magnificent Byzantine style in manufacturing and the frescoes of the temples, especially in that of Santa Barbara which lies north of the Propylaea of the State. It is worthwhile going  down behind the Church of Saint Barbara accessing  the amazing Canyon. 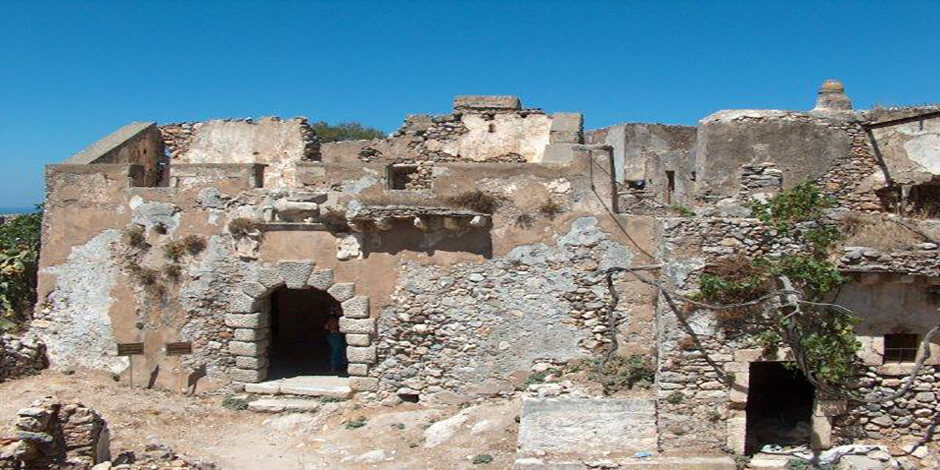 Kato Chora is one of the three residential centres of the middle ages, together with Paleohora and the castle of Chora. This is a Venetian fortress built in 1565. Inside the Fort there is the main neighborhood with several houses that have survived in good condition and several churches in which are preserved frescoes and decorations. At the entrance of the fortress dominates the shield with the Lion of San Marco, the emblem of the Serenissima, the Republic of Venice. 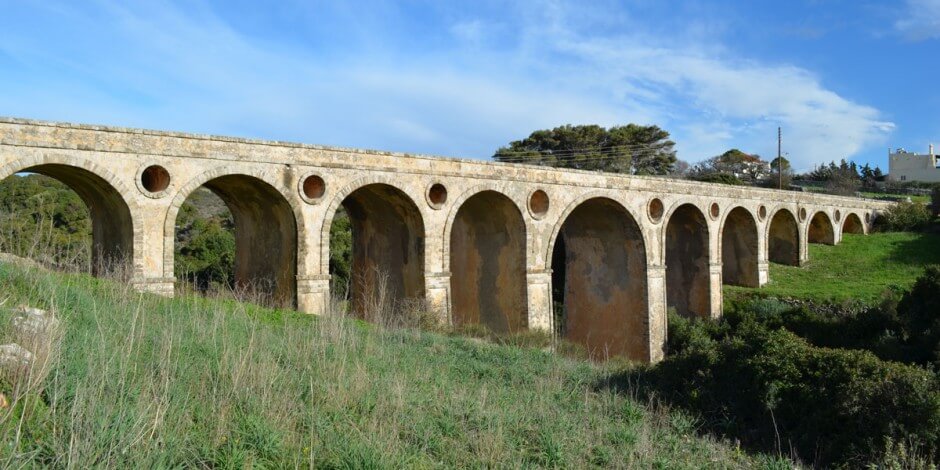 Another amazing attractions that should not omit is the bridge of Katouni, built during the British rule in 1826. It is one of the largest bridges that have been built by the British in Europe, with a length of 110 metres, width of 6 meters and ceiling height of 15 meters. The bridge rests on 13 arcs and 12 cylindrical boxes in perfect symmetry. According to the legend the English Commissioner Mackwell fell in love with a young woman who lived in the vicinity of Katouni. He took the decision to construct a bridge nearby and come to oversee the works often so he could meet and see her. Basically this bridge had as purpose to connect the capital of Kythera with the port of Avlemonas. However this never happened after the British left in 1864 when there was the Union of the Ionian Islands with Greece. Today, this bridge is one of the most important monuments of the island. 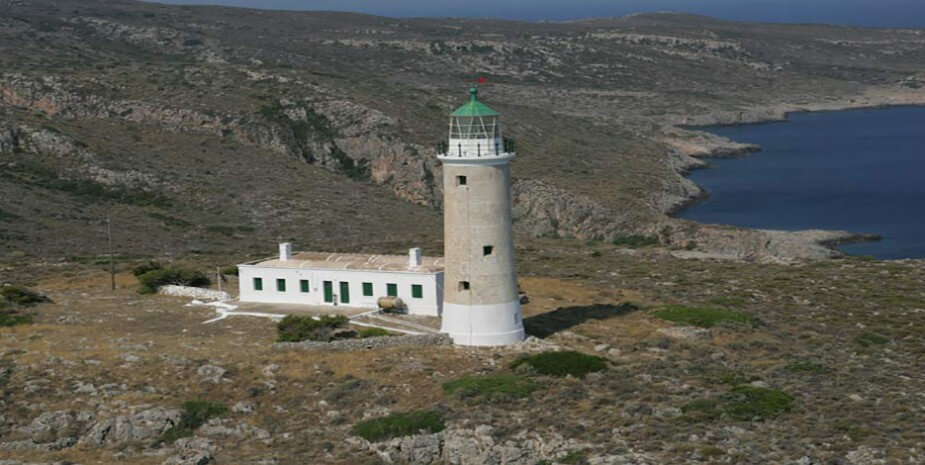 Moudari Lighthouse is located in the northern part of the island in Cape Spathi. It was constructed in 1857 by the British and is one of the largest lighthouses in the  Greek sea. It has a height of 25 metres , and if you intend to visit the monyment you should follow the path. The scenery is majestic and with good weather you can see all the Laconian Gulf, from Cape Malea to Cape of Tainaro. 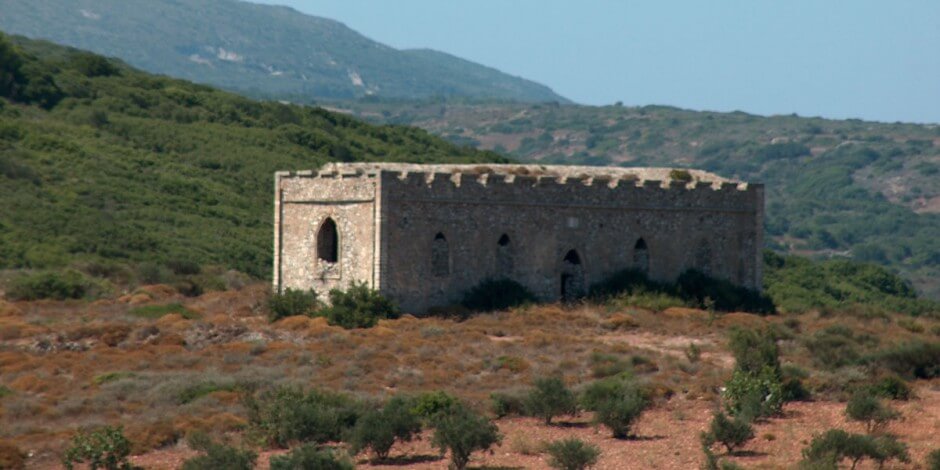 The Milapidea school is situated on a Hill between the Fatsadika and the Livadi and  is the most well-preserved building of the English period. The which is  building dated around 1825 has vaulted roof and built with perfect proportions and great elegance. The British during their stay in Kythira built many schools and forced the residents of the island to send their children to English schools to receive English education, if they didn’t  they were forced to pay taxes or to work on public projects. Identical English schools could be seen in the rest of the island.